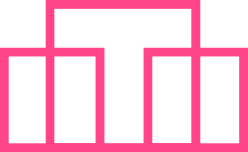 Malawi, what happened next?

Since 2016 we’ve proudly partnered with Habitat for Humanity GB, helping to support their work. For the first three years of our partnership we sent three teams of Touchstone volunteers to Chimombo in Malawi to build homes there.

John Midgley, former director at Touchstone was on each build and has remained close to the people of Chimombo.

Alongside building homes, we helped fund the local children’s nursery. It has become a focal point of village life and now has 276 children attending and a meal is provided every day for them. John has continued to personally help fund and raise money for the nursery, which was named after him.

In 2016, the very first team of Touchstone volunteers in Malawi built a home for one villager, Regina, a disabled woman with three children.

John picks up the story:

“When we first met Regina, she couldn’t grow food and struggled to feed herself and her children because of her disability. But she now has a safe and dry home provided by Touchstone; her youngest child goes to the nursery and is fed there. As a result, Regina has had the time to train as a seamstress and has been given a treadle sewing machine and can now make a living by doing sewing work.

“If Touchstone hadn’t been involved in building her home and helping fund the nursery she would still be living in poor health and abject poverty. Great oaks from little acorns grow!!”